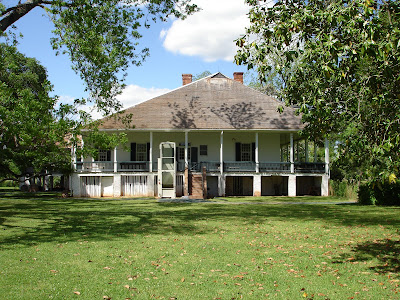 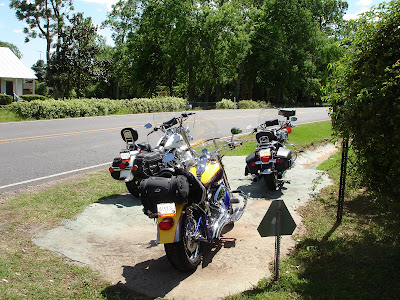 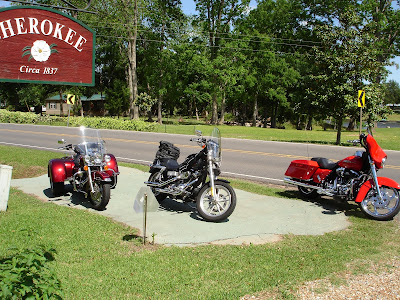 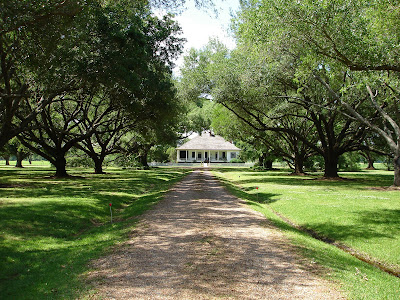 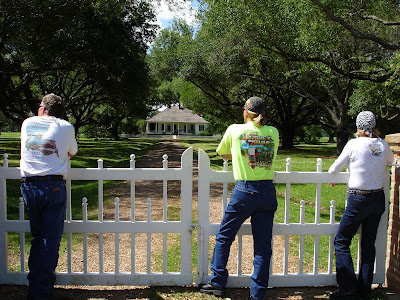 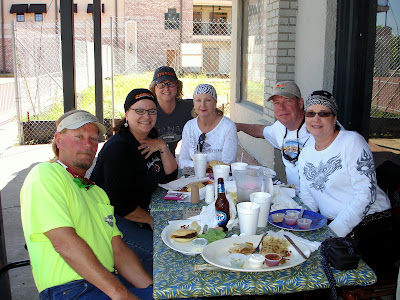 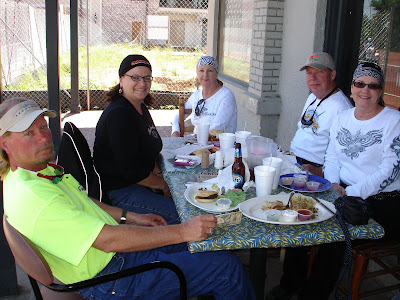 On April 25th, 2010 me and my good friends Debbie and Barry Warner, Gay Lewis, Allen and Dianne Smith rode to Natchitoches, La. about 200 miles round trip. This was my first real ride on my Harley. It was great except the wind was like being in Kansas! Had a great time. Left Sibley around 11 and got back around 6. I had a nice day of riding and I went down a dirt road, made a U-turn, went down a gravel road, and lots or red lights and right turns! We rode by the old Plantation Homes on the historic Cane River Road. I made it!!!!!!!!!!!!!!!! Yeah!!!!!!!!!!!!!!!!!!!!!
Posted by Schelley Brown Francis at 6:22 AM

"The Chief" The Car That Started It All!

I have loved old cars since I was a kid. My first car in 1975 was a 51 Pontiac Chieftain, bought from local car nut Wayne Chance. It didn’t always run, but that wasn’t the most important thing, because where I was going was only two blocks from home. The local hang-out back in the 70’s in Minden was the Dixie Cream (now Cotton’s Chicken) and the Dairy Queen. I could usually get the car to the Dixie Cream, even if I had to push it or coast out of the driveway. I would just sit in it, till I could get a ride, with someone else with a more dependable set of wheels. This worked out pretty good on the weekends, for awhile. I would just abandon it at the Dixie Cream parking lot for Friday & Saturday night 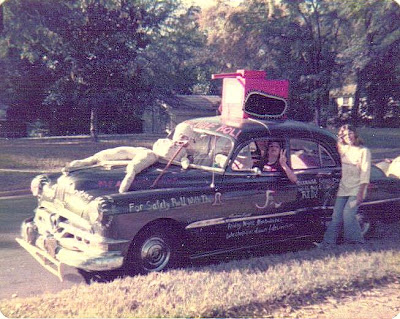 , until Sunday when Mr. Joe Guthrie owner of the Dixie Cream would tell me to drag it home. This arrangement also worked out for others that didn’t have a car. The Chief was like the covered seating area at the bus station. You just sat in it till someone came along and picked you up to make the loop through town. You could even use the horn to stop someone if you didn’t run the battery down. A sure way to keep this from happening was to slide a match book cover under the voltage regulator. In the summer it would vapor-lock so you carried milk jugs of water and ran clothes pins up and down the fuel line. It works every time!
Today kids have it made. I don’t see many kids out pulling their car home anymore. Now that I’m older I’ve figured out why my Daddy bought me the ‘51 as my first car, other than the fact that I wanted it. Number one was that it was only $200.00, 2nd it was made out of solid iron you could beat it with a baseball bat and it wouldn’t dent, 3rd it would only go about 40 miles an hour, 4th you wouldn’t dare try to go out of town in it (or would you). I put 10,000 miles in one year on that old car just making loops from the Dixie Cream to the Dairy Queen. It was cheap transportation. I still have the keys to the old Chief and maybe even the log-chain that was standard equipment with it!
That old car started a life-long love of antiques and anything old and in need of repair. I sometimes seem to live in the past or at least have a strong passion to preserve it for others. I believe that if you don’t know where you come from you will never figure out where you are going. We learn from out mistakes and the past can sometimes teach us a better way and improve our lives.
Posted by Schelley Brown Francis at 8:01 AM

Click on album to see all the fun. This was held on April 10th, 2010
This is the Scottish Tartan Fest 2010 in Minden, La. This is a great time at Dr. Cameron's Scotland Farms. I got to judge the Bonniest Knees Contest! Fun to feel men's knees while they have a kilt on! You don't want to miss it next year. Come out and spend the day with your family. Great food, and music and lots of fun!!!!!!!!!!!!!!!!!!
http://scotlandfarms.shaffersitedesign.com/

Posted by Schelley Brown Francis at 6:13 AM

Click on the album above to see what a great collection of classic chrome we saw at the 2010 Outlaw Nationals in Jefferson, Texas this weekend. Meet some great Texas folks at the McKay House B & B. Always a great time in Jefferson. Thanks Hugh and Darla for making it a great little get away for us!
Posted by Schelley Brown Francis at 1:33 PM

Cruisin Just Around The Corner 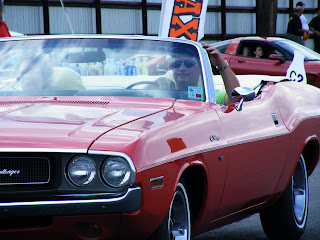 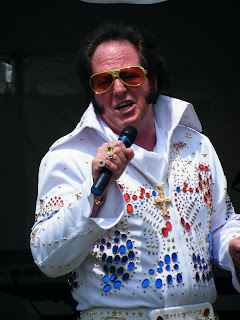 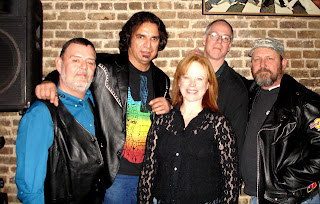 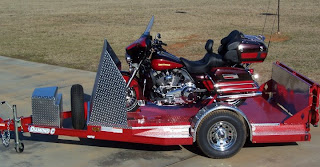 Saturday May 1st, 2010 will be the 7th year in Minden, Louisiana that antique and classic transportation enthusiasts have rolled into Minden. This show is no longer just a car show it is now a car, motorcycle, tractor and anything that rolls show & shine.
Held at the Minden, Louisiana Fair Grounds, you don't want to miss the 7th annual open class vehicle show and shine. If it has wheels you need to bring it out. This year’s show will include a silent auction, raffle items, $500 cash drawing for one lucky vehicle entry, good fun, good people and a great time. Live music will be provided by Minden’s own Elvis, Mr. Mike Spillers and the Dorcheat Bottom Band with a few special guests including Aubrie Stahl to keep toes tapping for most of the day. The chrome will be blinding and the music rocking. Bring your lawn chairs and spend the day!
Lots of goodie-bag items, plenty of Coca-Cola NASCAR products and maybe even a few surprises before the day is over. Most of all lots of GREAT CARS, Tractors, and Motorcycles (over 300 vehicles have registered in the past with 4000 spectators attending this event)! Food vendor this year will be Jimmy Hall and his Party Express Catering from Minden. Their great food will be a great addition to the show! Members of Boo Benefit Rally will be on hand with the 2010 Harley Davidson and trailer that will be raffled off in October 2010 in Jefferson, Texas. Richard Clark from Cruisin’ Style Magazine will be on hand to cover the show in an upcoming issue. Local photographer Jeff Scott Photography will be another new addition to the show. You will be able to have your vehicle photos turned into a work of art. This year the show has added available vendor and swap meet spots. Please call 318-423-0192 if you would like to be a vendor or have swap meet spot needs.
Show organizer and promoter Schelley Brown reports, pre-registration is going great. This year the extra incentive for pre-registering is two chances in the hopper for the $500 cash drawing that will be given to a lucky show participant and $200 to the club with the most members pre-registered, Brown exclaimed, “This year, with many folks in need of extra money, I thought this would be a good way to get folks to travel the distance to come to Minden. Coming to a show is an expensive endeavor with gas, hotel and food cost on the rise. We are praying for beautiful weather and big crowds! I hope everyone in the area will come out and show their support and see the beautiful cars, trucks, tractors, bikes and just enjoy the day. The advertising for this show is sponsored in part by the Webster Parish Convention & Visitors’ Bureau. This show is a big economic impact for our community. Many of these visitors come for the weekend not just for the day of the show. They eat locally, stay in a hotel, and buy gasoline. They do a lot of spending at our local businesses. I hope the people of Minden welcome them as they visit our area.”
St. Jude Children’s Research Hospital and the Dorcheat Historical Association Museum, Inc. are two great causes that benefit from the 2010 event. Brown commented, “The show has given $73,000 to St. Jude since 2004! Next years plans are in the works to give ½ of the net proceeds to the Susan Komen foundation for breast cancer research in North Louisiana. Giving to any cancer research is something that I feel strongly about. Our local history is something that I am also passionate about. I am proud that the show has been able to give $13,000 to the Dorcheat Museum.
For more information please contact Schelley Brown at 318-423-0192 or iluvoldcars@yahoo.com .
For more information on the car show and registration information and forms visit the web sites. www.mindencruisinforacure.com and www.mindencruisinforacure.blogspot.com .
Posted by Schelley Brown Francis at 1:45 PM