Help Save A Part Of Family History And Lincoln Parish


County, Alabama to Dubach in Lincoln Parish, Louisiana during the year 1846, the Civil War


was still 14 years away, women wore dresses that covered their entire body from the neck


down to their ankles and the United States had declared war on Mexico, starting the Mexican-


American war. Lured by the availability of cheap or free land in Louisiana, Absalom decided to


seek his fortunes there, along with a better life for his family.


Upon reaching Dubach, the family decided to settle there and build their family homestead on


water source and ample crop land. Absalom decided on a popular design of the time, a dog


beaded board walls in the front rooms, two fireplaces and a wood burning stove. The home was


raising their other children.


instead used as a residential rental property. My own great-great grandfather and great-great


a family there. Charlie actually lived there his entire life, from 1850 to 1917, being the only son


War. Charlie was too young when the war started but more importantly, he was legally blind.


My own grandfather, Cecil Henry Tubbs, used to tell me stories of how as a young child, he


would lead his grandfather (Charlie Autrey) around to feed the chickens, milk the cows, and do


other chores around the house. He would hold out his hand and Charlie would take one finger


in his hand while being guided around. In the evening, he said he would sit on his grandfather’s


lap and would stroke his long red beard, being fascinated with the beard that fell below his


chest. Other children would later tell of the happy times there during the holidays, especially at


Christmas time, how Charlie would give the children fresh fruit including oranges, apples and


even nuts. Times were more simple back then but none the less happy and my grandfather


said that Charlie loved the children and grandchildren abundantly.


Charlie’s wife Mary Jane died young at age 40 in 1888, leaving behind her husband of 15 years


and 4 children. So that his children could remember their mother, he had a portrait made from


a photograph of her and gave a copy to each child. My Aunt Barbara Tubbs Talbot actually


found a copy of that portrait recently. Charlie married again to Willie Joanna Michael and they


would have 4 more children but sadly, only 1 would survive past 20 years of age, Mrs. Dewey


Autrey Harris, who passed away in 1982. Antibiotics were not known during that time period


and people often died of infections that are easily treatable today.


Behind the home is the Autrey Family Graveyard, with several family graves there including


Absalom and Elizabeth Norris Autrey, the original builders and occupants of the home. My own


great-great grandparents are buried there as well.


The home was actually occupied until the 1970’s by renters. After the 1970’s, the ownership


Register of Historic Places on October 10, 1980 and restored. Today, it stands as the oldest


mid 1800’s and has become a Lincoln Parish and Louisiana historical icon.


Over 30 years time has passed since the original restoration work and the home is now in need
of repairs and long-term maintenance. The Autrey House Museum Advisory Board’s inspection


floor on the west end of the house on each side of the chimney needs stabilizing and repairing.


gap that has developed between the wall and the chimney. Also the northeast back roof and a
front porch beam need repair.Not supported by tax dollars, the property needs donations to be


Please support not only a Lincoln Parish historical icon, but a Louisiana treasure. Our historical


from the mid 1800’s in the entire United States. To contribute, simply mail a tax deductible


autreyhouse to see old Autrey family pictures as well as recent pictures of the home. Updates


about what is happening with the restoration effort are also posted on this Facebook page. 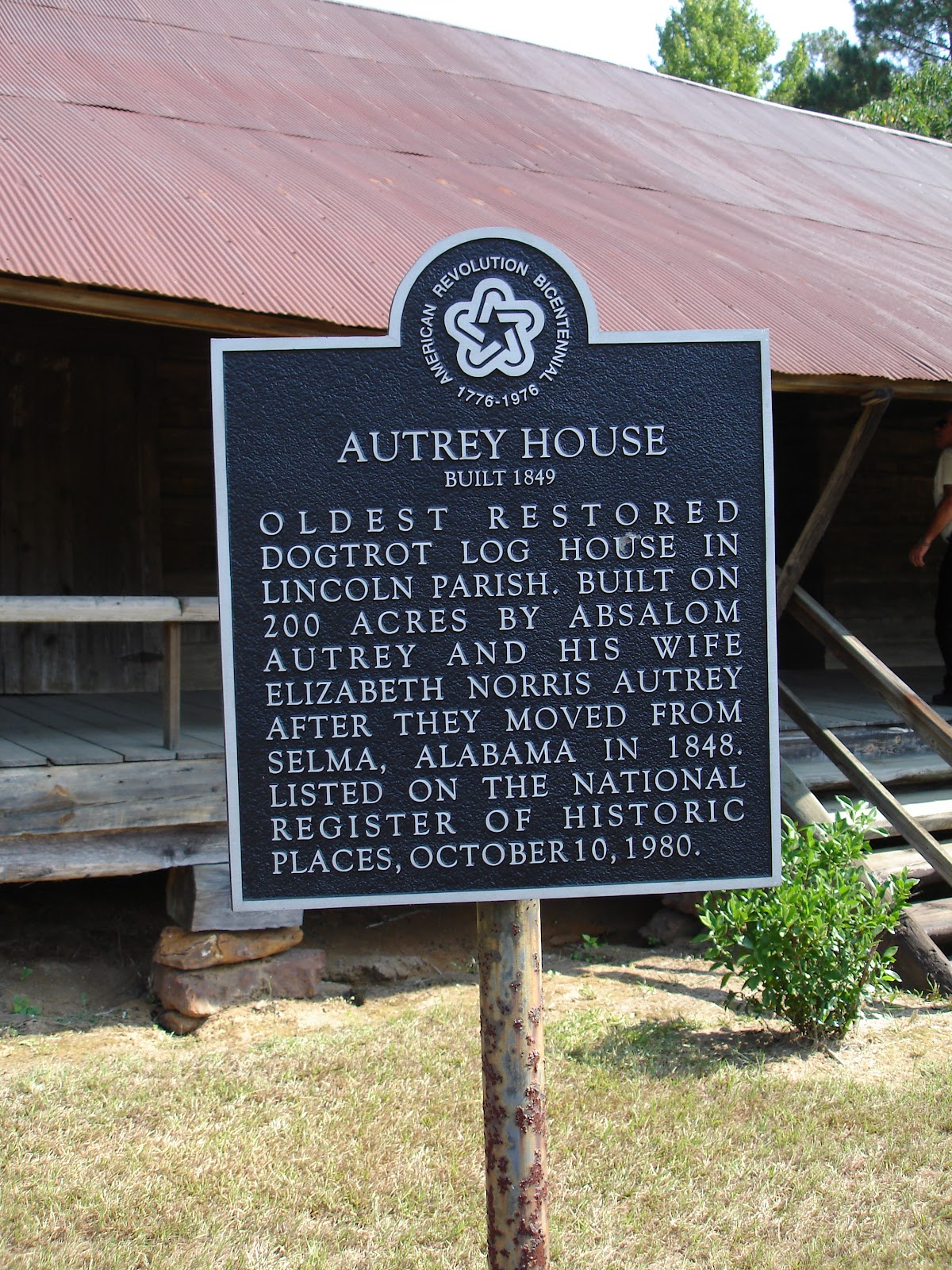 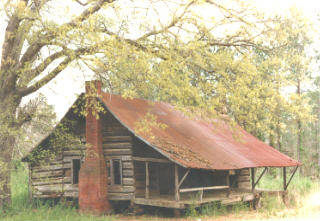 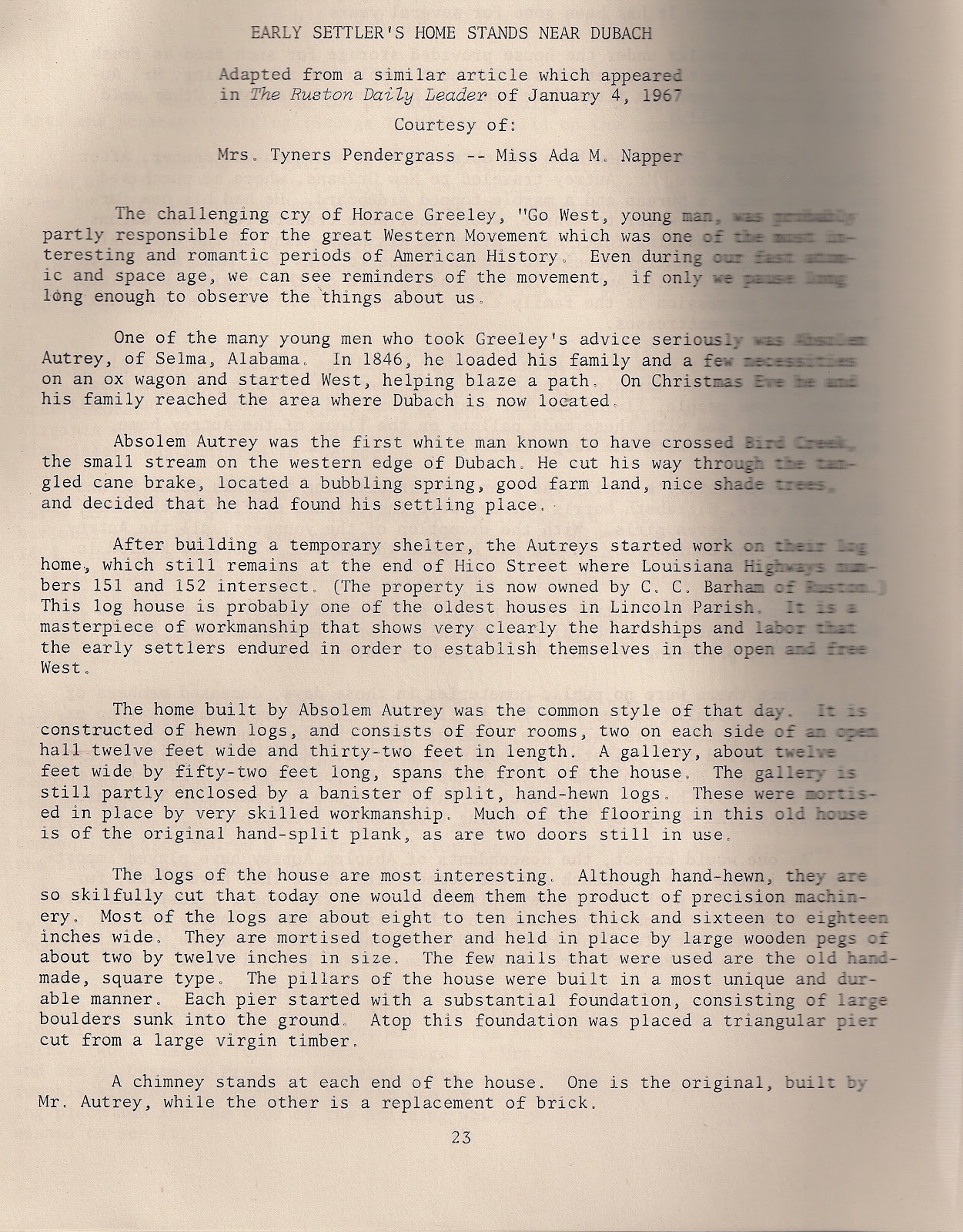 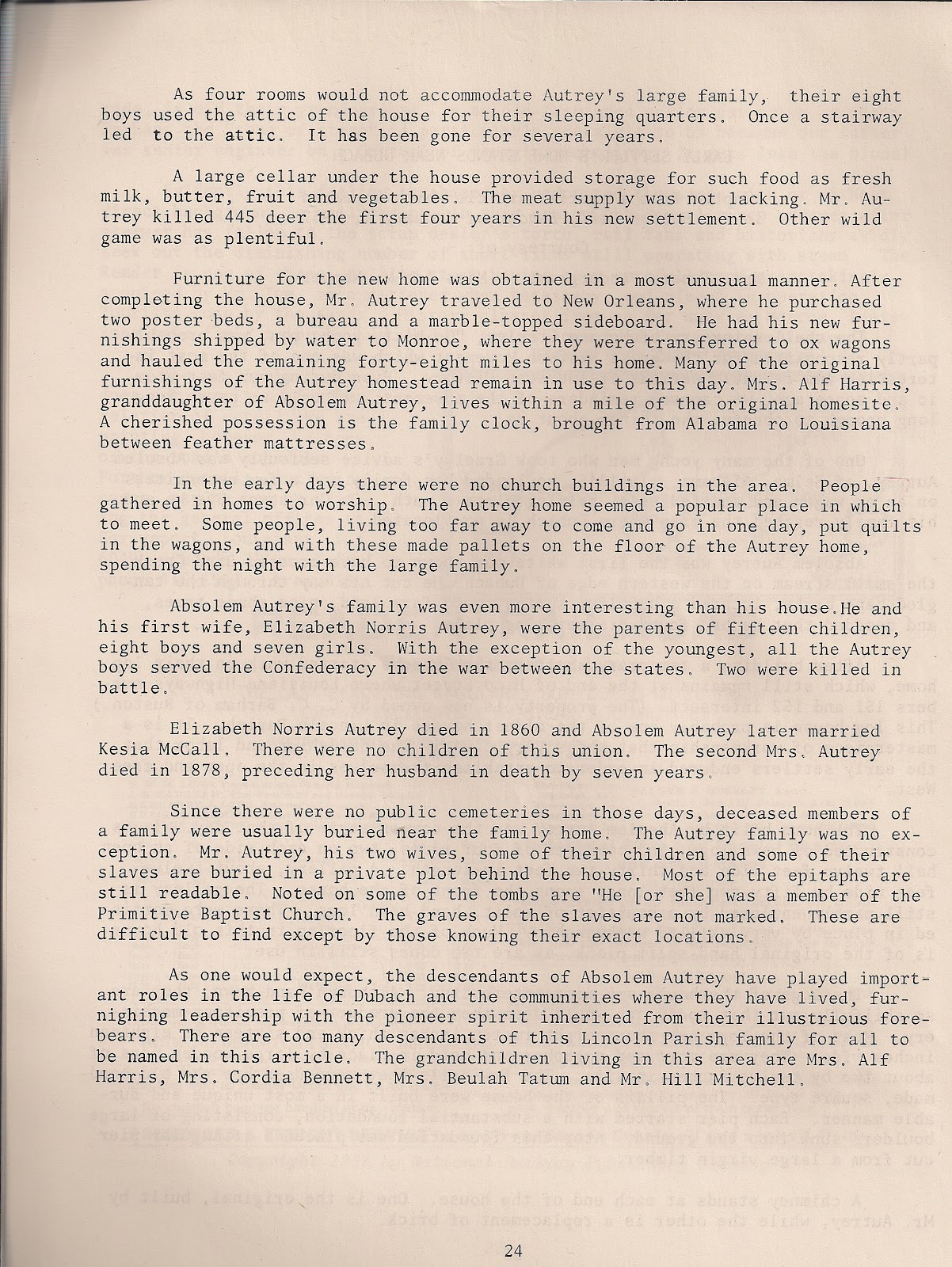 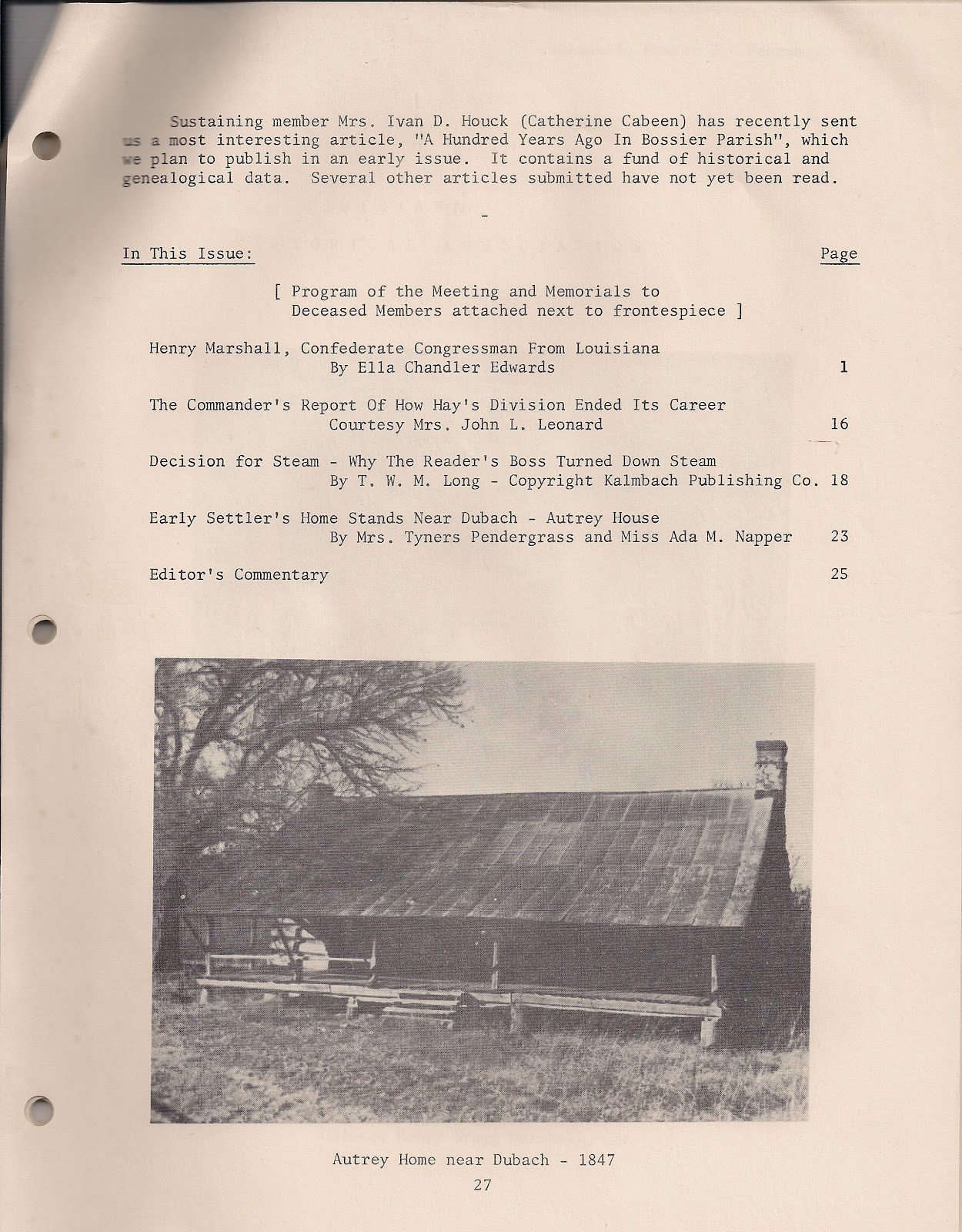 Posted by Schelley Brown Francis at 8:17 AM