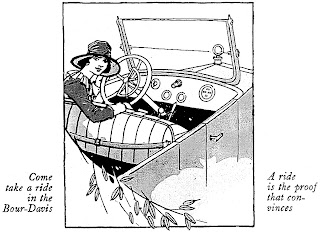 Back in the early seventies Philip Pedro a member of the Ark-La-Tex Antique and Classic Car Association was interested in finding a rare Bour-Davis car for the club to restore. The hunt for the illusive car was on. The idea and dream turned into a project that has lasted from the early seventies till 2004!
In the beginning the Bour-Davis; named from the two founders, Charles J. Bour and Robert C. Davis, was originally manufactured in Detroit till 1916, before the company was sold to the Sh 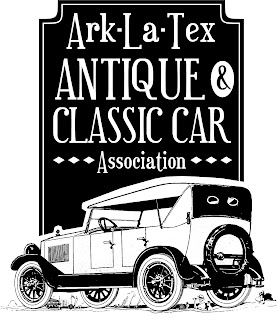 adburn Brothers in 1917. They moved to Frankfort, Ind., and promptly went bust. It was proposed at the time that a car be manufactured to sell for $800.
The Louisiana Motor Car Company was formed in 1917 in Shreveport, La. and they promptly purchased the rights to the Bour-Davis in April 1918. The LMC Company opened their doors for business in the old Merchants Building on the corner of Milam and Market Streets in Shreveport. A new name was wanted for the Louisiana car and a contest was undertaken in the “Shreveport Times” newspaper.
The contest had a nice gimmick, name this automobile and you can have it! This first place prize of a Bour-Davis auto had a value of $1,550. Mrs. A.R. Kilgore of the Cedar Grove area of Shreveport, with the name “Louisianne” was the winner of the car. The name was briefly used or maybe never used because the Bour-Davis logo was still on cars until 1922. Second prize would be $500 worth of stock in the LMC Company. Third prize $300 worth of stock, fourth and fifth would also land you $100 worth of LMC stock. Not worth much in the years to come.
One stipulation in the rules of the contest was that you had to own at least one share of stock to enter the contest! This small detail was clever on LMC’s part. The newly formed LMC Company was formed by a struggling but enthusiastic group.
The LMC Company had a plan to sell shares of stock to build a proposed plant in the Cedar Grove area. They had a wonderful layout of a seven buildings to be built. They also included what investors should profit by joining in with LMC Company. They wanted to compare with the other new manufactures such as Ford, REO, Stutz, Chevrolet, Overland, Hupp to name a few. The car business was still in the beginning stages, just a little over 12 years old at the time.
Many men had high hopes and big dreams of making it rich with this new venture. It was a once in a life time opportunity for the people in the area to jump on board and make it big. “The manufacture of automobiles is the most profitable and safest business enterprise in the world.” Is a claim printed on the LMC Co. proposed plan.
The Bour-Davis show room would be located on a site at 1035 Texas Ave. The factory never quite made it to the seven building plan. It was first just a few tents, in Jun 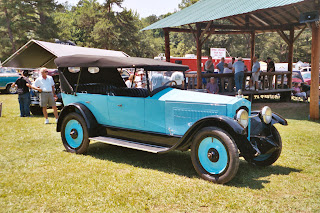 e of 1918 at 1648 Texas Ave. Later two buildings would be constructed at the proposed Cedar Grove site. This site was later occupied by the J.B. Beaird plant and then Kast Metals Corp.
Unfortunately, production never grew beyond a few hundred units because of mismanagement. The result: 267 cars built in 1916, 22 in 1917, four in 1918. These early models were to be priced against the Hudson and Cadillac at $1,200. Twenty were produced in Frankfurt, Ind., and one in Shreveport in 1919, and 296 were produced in 1920. Figures were unavailable for 1921 and 1922 and by the time the 1921 seven-passenger models rolled off the lines they were priced at $2,385, compared to $525 for a Chevrolet touring car, $935 for a Buick and $3,150 for a similar Cadillac. This price jump would put the company into receivership due to slow sales and an inventory of parts for 700 cars.
On May 18, 1921 the assets were sold to Commercial National Bank and the stock of 4700 investors became worthless. J.M. Ponder of Shreveport purchased the entire assets of the Louisiana Motor Car Stock from the bank on May 29, 1922 and organized the Ponder Motor Manufacturing Company, Inc. with all former stock-holders having stock in the new company. Not enough new capital, $1,500,000, nor sales enough to sustain the new beginning, Ponder and Bour-Davis ended and era in 1923.
They sold the cars, made a profit, but the profit was drained off by the upper management. It was a good car, just not very attractive, and pricier than what had been planned in the beginning stages. This would be the end of the line for Bour-Davis, until the 1970’s when the dream was brought to life again by the Ark-La-Tex Antique and Classic Car Association.
Philip Pedro thought he had found one of the extinct cars in the early ‘70’s when he received a letter from a man in Dahinda, Ill., claiming to own the illusive auto. Pedro misplaced the letter, but found it again twenty some-odd years later in 1990! Pedro told Dick Nelson, A.A.C.C.A. car member, about the car.
Nelson, a car enthusiast and auto historian, located the owner and made the deal. In November 1990, Nelson and car club members Joe Greene and Robert Smith drove to Illinois to pick it up. They found the car was actually a Davis, not a Bour-Davis. Although built by different companies, the car was similar in wheelbase, engine, body design and other components because different auto makers purchased these components usually from one company. This gave A.A.C.C.A. a good foundation to recreate a Bour-Davis.
The car’s remains were brought home to Shreveport and inventoried. They had a Davis chassis, Bour-Davis windshield frame, and the correct radiator, engine and assorted 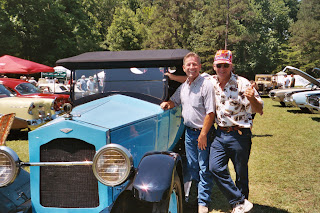 pieces, and they also had the most important part a Bour-Davis emblem.
Nelson said, “It’s like making an apple pie. You have a recipe book and you have some of the ingredients and you know how to get the rest to put it all together. You put it all together and you have an apple pie.” The body will have to be fabricated from sheet-metal. As a guide, A.A.C.C.A. used a Studebaker body; which car club members; Mike Deeter, Harold Coburn along with Nelson traveled to San Diego, California, in an adventure filled trip, to retrieve. Salvaged pieces from other cars were meshed, throughout the years, in this assembly process that the club called “Bour-Davis work day”. “Bour-Davis work days” have seen temper tantrums and high-fives all in one day. A lot of blood, sweat and tears have gone into this project.
“We are making sure the dimensions and physical characteristics are identical. We’ve done some ad-libbing, but we now have a 1921 seven passenger model “21-S” Bour-Davis automobile.” This is the only one known to exist. Club members hope that with the completion of this car another car will surface one day.
The restoration has taken many years to complete, with an on-again off-again process. The process of refurbishing or building every piece of the car, including wheels, engine, electrical system and interior has been extensive and painstaking. Many club members over the years have worked on this project with more than a few not living to see their dream roll off the “A.A.C.C.A.” and I guess you could say the resurrected “Louisiana Motor Car Company” assembly line.
The restorati 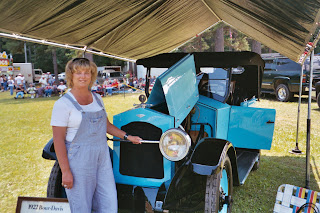 on has cost in excess of $10,000, with money coming from club fund-raisers. We place the value of the car at $20,000-$30,000. “However, when you add the uniqueness and rareness of the car, it may inflate considerably,” Nelson said.
The 1921 Bour-Davis will once again have a permanent home in Shreveport, Louisiana. This one of a kind auto will tour throughout the country at various car museums and auto shows. The club is proud of the recognition that the car received as a feature car at the 2005 Mid America Old Time Automobile Association annual Father’s Day show held each year atop Petit Jean Mountain in Morrilton, Arkansas at the Museum of Automobiles. This museum will one day house the Bour-Davis for display. This show was also the maiden voyage of the Bour-Davis for a drive around the field. The excitement on Dick Nelson & Doug Olson’s face was evident that day as they got behind the wheel and took off under the cars on power.

If you would like to donate to the restoration and preservation fund of the Bour-Davis Automobile please mail your donation to:
AACCA
Bour-Davis Fund
PO Box 3353
Shreveport, Louisiana 71103

Ark-La-Tex Antique and Classic Car Association was formed to promote the restoration and preservation of antique, classic, milestone and special interest type automobiles in the Ark-La-Tex area. The club provides technical and social contacts for over 100 members by sponsoring shows, swap meets, special charity fundraisers and social functions for members. For more information contact us at http://www.arklatexantiquecars.com/
A.A.C.C.A. is an affiliate club of M.O.T.A.A. “The Mid-America Old Time Automobile Association” which is based at the Museum of Automobiles in Morrilton, Ark. See the M.O.T.A.A. web site for more information on this fine organization.

The AACCA would like to acknowledge all the people that have made this project possible, throughout the many years of tireless work and dedication. If anyone has been overlooked, it is by accident. Please let the AACCA know of a name that should be added to this page. The following names are in alphabetical order.

(We would also like to thank many of the ladies of the club that have sacrificed while their husbands were at the Bour-Davis work days!)